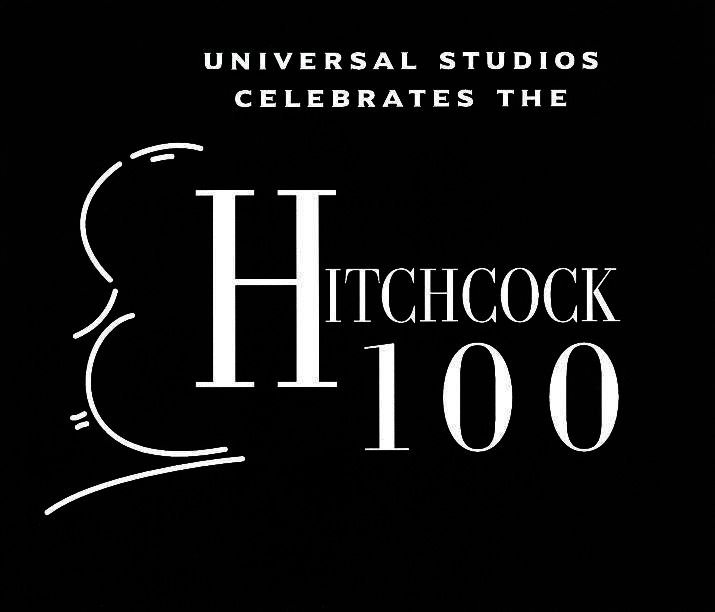 “Television is like the invention of indoor plumbing. It didn’t change people’s habits. It just kept them inside the house.“

Nearly two decades ago, I was in Hollywood for a one-of-a-kind production…

Here’s a look back at one of my favorite projects—the ‘Hitchcock 100,’ a celebration and commemoration of the 100th birthday of Sir Alfred Hitchcock. For me personally, this was an amazing opportunity to learn all about my favorite film director from those who knew him as well as anyone. Universal Studios had us produce an hour-long special celebrating the great director’s work and recalling stories of his profound genius.

(For TMZ and NewsFix fans, you’ll also notice I was using film clips a long, long time before those shows were even on the air!) 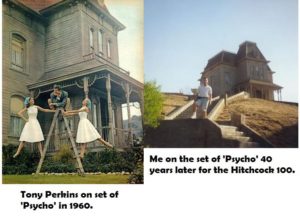 This was one of the rare occasions I got to really go in-depth into the life of a Hollywood legend. I had lunch in the studio commissary with Hitchcock’s eldest granddaughter, Mary Stone, and reveled in all the stories she shared about her grandfather and visits to the set when she was just a little girl. We also had exclusive access to the famed director’s original notes— so we lit the ‘Psycho’ house exactly as the Master of Suspense had done for the film! 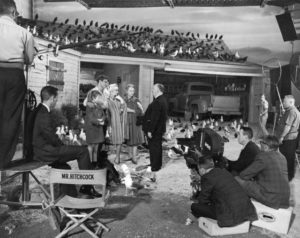 The Master of Suspense hard at work on the set of ‘The Birds.’

It was a once-in-a-lifetime experience and one I’m so grateful to have had in my career. I’ll never forget the great adventure of walking in the footsteps of my cinematic hero! 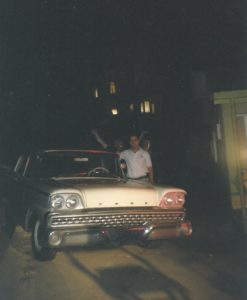 Ready to take Janet Leigh’s car for a spin! (Note: ‘Mother’ in the window above…)