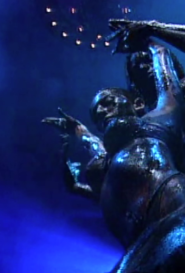 Think you know the Houston club scene? Think again. There once was a time when nudity was the norm…and club goers would do anything for shock value and social liberty. That was the standard at downtown’s hottest dance club, Prague. A very exclusive crowd had a front row seat to it all— and now you can look back at it all right here. Prague may have been a flash in the pan, but ‘flashing’ was just the tip of the iceberg at this Bayou City trendsetter. 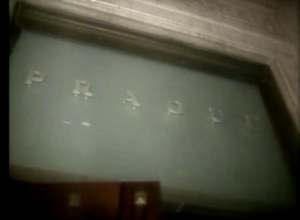 Prague was once a downtown Houston staple. Now it’s just a faded memory…like many Bayou City flavors of the moment.

After Y2K, there was a lot of stress in the air. And so many stressed out folks needed a novel escape. For a hot minute, the down and dirty trend of ‘Mood Mud’ seemed to provide the perfect distraction. This special, multicolored mud imported directly from the Maruba Resort in Belize proved to be both sensual and seductive– seemingly possessing almost magical powers. After all, what could be more pleasing than playing in the mud? I decided to dig up the dirt on this seedy trend hitting certain nightclubs—and here’s the soothing result.

Maruba Mud is still available– these days at the Maruba Resort in Belize.

But mud wasn’t the only dirty activity happening at Club Prague in downtown Houston in the early 2000s. Another trend appeared right in the front window displays, as women bared their bodies to be painted live for all the world to see.

The body art trend was popular all over the country– and still exists today, but it’s probably safe to say it was never on display quite like this before!

Today, Prague is no more. The building, which at one time had been a financial institution, later became a hot spot called The Bank. But that didn’t last, either. The real estate across the street has fared much better at Hotel Icon. The Icon opened with a bang playing host to Randy Gerber’s famed bar, The Whiskey. While The Whiskey may be no more, it still flows at the eye popping venue. The Hotel Icon still proudly stands as a premier destination in downtown’s crown jewels of hospitality.

The Body Artist from Michael Lee on Vimeo.