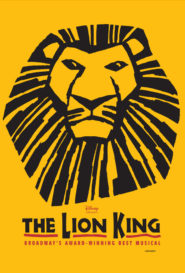 Disney’s The Lion King: Behind The Curtain

Pay no attention to the man behind the curtain.

I’ll show you Everything behind the curtain–from early rehearsals and production design to the final curtain call of what’s become one of the world’s favorite musical tales: ‘Disney’s The Lion King.’

Here I offer the lion’s share of my hour-long television program from 2002 when The Lion King touring production was in its earliest stages. Spending time with the cast in New York was bittersweet: exactly six months after 9/11, the City was anything but calm. Rubble removal was still going on at Ground Zero. Posters of missing loved ones still covered poles and fences all across Lower Manhattan. My primary cameraman– Mike Thorne from WABC-TV in New York– was at Ground Zero that fateful day and described to me in horror the aftermath as he watched people jump to their deaths from the burning Twin Towers. And Broadway was still recovering from prized shows that had closed after the 9/11 attacks because of the public’s fear and anxiety. At night, I watched the 9/11 tribute with the Towers of Light for the first time lighting that very dark sky. Against that backdrop the cast and crew of The Lion King had to shrug off daily concerns and put together a masterful touring production.

At the time, Broadway was facing a very uncertain future. The whole theater district went dark following 9/11, and when it reopened some productions never returned while others closed soon after…including one of my favorites I had seen several times: The Rocky Horror Show starring Joan Jett and Dick Cavett. There was no guarantee audiences around the country would continue to be in the mood for musicals or theatrical entertainment. Little did I know that even my job with Disney would end up on the chopping block as a consequence of budget cuts following the dismal attendance at Disney theme parks and the decision to offset those costs with cuts in the broadcast division where I worked. Still, as always, we put our hearts into this production to showcase the magic that is The Lion King.

One sidenote: in the segment with the kids of The Lion King we discuss the beloved amusement park in Houston called Astroworld. Sadly, Astroworld closed in 2005 and was demolished and plowed over……an unthinkable and senseless move that still has lifelong Houstonians reeling and heartbroken to this day. Even Houston rapper Travis Scott tried to rekindle some of that magic with the release of his #1 album in 2018, Astroworld.

Nevertheless, the kids in this special did get to enjoy the park when they visited Space City. And still in the shadowy aftermath of 9/11, we trudged on to capture all the excitement leading up to The Lion King roaring out of Broadway.

We were there in Denver when the hard work finally came together to introduce the premiere of the touring production. And then, we hit Houston when the show traveled to its second destination.

After all, the show must go on!

Cast and Production Crew of 'Disney's The Lion King'