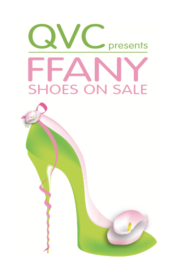 Think I can only do red carpet premieres of action movies or sideline coverage of major sporting events?

I can produce hot fashion shows with the best of ‘em! And I have…along with some very big names. 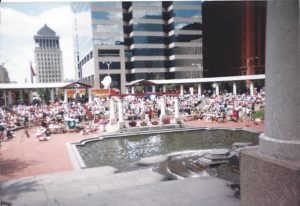 Other shows I produced involved large crowds on location…like this one as part of the Quest Tour with a stop in downtown St. Louis in the shadow of the famous arch.

This video provides a peek at NYC promos and a behind-the-scenes runway show rehearsal we produced for ‘Shoes on Sale’ at QVC. We produced this Fashion Footwear Association of New York special fashion show as part of an annual live broadcast from The Plaza Hotel. (And yes, one Donald Trump owned The Plaza back then!) 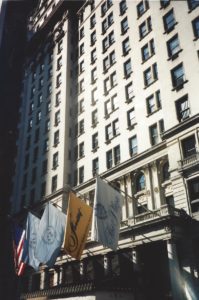 As well, here are some of the celebrity interviews I produced at both The Plaza and at The Pierre which included some famous faces like Delta Burke, Linda Dano, Patti LaBelle, Cheryl Tiegs, Tova Borgnine, Miss USA 1998 Shawnae Jebbia, Jill Goodacre Connick, Kenneth Cole, Tommy Tune, Denise Austin, Leon Hall, and Emme. Some of the famous faces not seen here included Carroll O’Connor, Regis Philbin, Kathy and Nicky Hilton (minus Paris), Roberta Flack, and Candy Spelling, to drop a few more names. Even QVC’s former star host Kathy Levine can be seen doing some of the interviews! 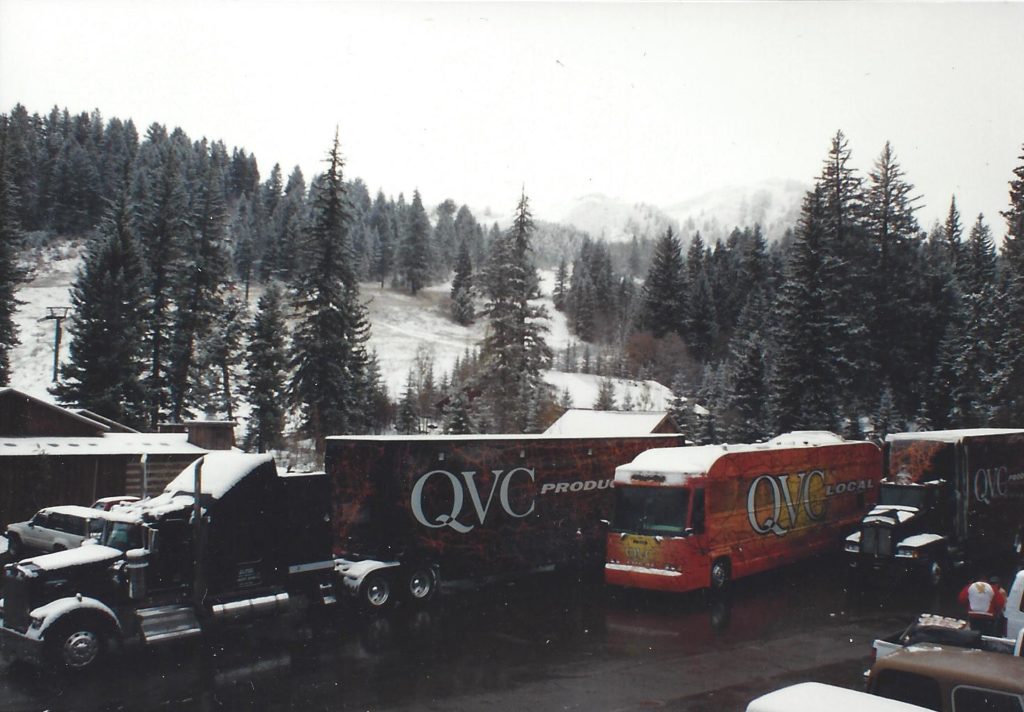 The QVC Productions fleet covered a lot of territory for years…here with a stop at Sundance in Utah. 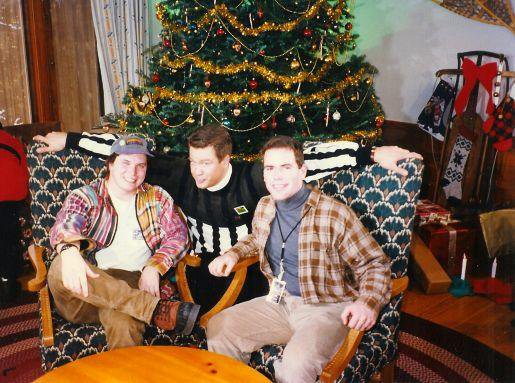 Snow Job…..Kicking off QVC’s Vermont Week, we did a show during a blizzard from the side of a mountain at a ski lodge in Stowe, VT. Here’s production coordinator Ross Brakman, longtime QVC host David Venable, and Mike taking over David’s chair. A few days later we were completely snowed in with QVC guest and America’s sweetheart– Dorothy Hamill– at another lodge at Killington Ski Resort. But the show must go on– and it did!

Whatever happened to Kathy Levine?

I can’t reveal every secret here.

The shot of the model with the umbrella was a different shoot we did as part of QVC’s Museum Tour. During the exclusive Cezanne exhibit at the Philadelphia Museum of Art, we did a live TV special with the famed artist’s great grandson, Phillip Cezanne. And showcasing a little art on an umbrella…was this shoot where- 20 years earlier- ‘Rocky’ made a different kind of history in the City of Brotherly Love.