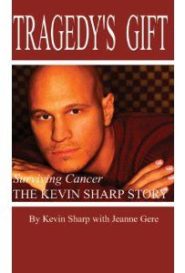 That’s all any of us can ever hope to do— and Kevin did it in a big way by sharing his amazing story of survival. After being diagnosed with a rare form of bone cancer, the native Californian high school football player was granted a dying wish from the Make-A-Wish Foundation: he got to meet his hero— legendary record producer David Foster. Miraculously, Kevin not only ended up surviving by having his cancer go into remission, but he also landed a record deal to boot!

The rest is history…since Kevin’s #1 chart-topping single “Nobody Knows” stayed on top of the charts for four weeks straight!

Sadly, Kevin died at age 43 in 2014. Complications from his cancer finally caught up with him.

But not before making a huge difference to inspire the rest of us. It was my honor to know Kevin and to produce two extremely inspiring shows with him as a guest.

Other inspirational stories were shared in those shows. . .including a family’s heartbreaking loss of their precious little Sarah.

With any TV show, a ‘show open’ can make the difference on whether a viewer stays tuned or not. You still see it all the time today from shows like ‘TMZ’ and ‘Inside Edition.’

Here’s a show open to Kevin’s second appearance on our show. . . when he came to share his latest single, “Make A Wish,” which became the new theme song for the Make-A-Wish Foundation.

He really made you want to watch. . . and to make a wish. 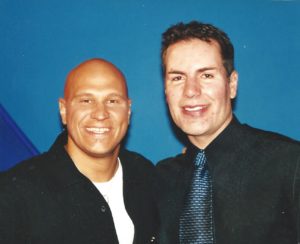