It’s true…I see dead people. And I really saw a lot of them on one particular show I produced many moons ago.

It was Halloween 2000. I was a producer brought in a couple months earlier from Los Angeles to Houston to spice up and add ‘outside-the-box’ ideas to Disney’s Buena Vista daily live talk show project, ‘The Debra Duncan Show.’ Within my first two months, I added shows dealing with Gossip Gone Bad, Swingers, Exorcism, and this little gem: ‘Addicted To Death.’ 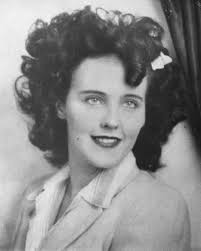 This show ended up being one of my favorites because it was full of fun, mystery, and wild characters: the owners of LA’s #1 tourist attraction, the Museum of Death; a fascinating Hollywood true crime writer, John Gilmore, filled with plenty of insight into the famed Black Dahlia case and the Manson Murders; a woman who spends her time crashing funerals; a mortician with a penchant for keeping his sense of humor in handling the business of death; a daddy-daughter duo who clean up crime scenes for a family activity; a look inside Houston’s celebrated National Museum of Funeral History; and even a visit to a local family’s haunted home. But the Grim Reaper himself probably stole the show! 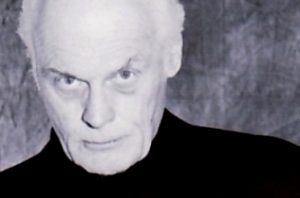 Author John Gilmore was a frequent guest on E! programming including ‘Hollywood Mysteries & Scandals’ with A.J. Benza, whose ex actually became my AP at E! So, I already knew John was a great guest. (Sadly, he passed away a couple of years ago after spending some of his final years researching and writing about the original Bonnie and Clyde’s adventures in New Mexico.)

As a producer, I usually didn’t spend additional time with guests apart from pre-interviews and show prep, but for this show I made an exception. The night before the taping, I met the California contingent of guests at the Hyatt in downtown Houston and had dinner with them. The conversation that night could easily have filled two more shows and an in-depth documentary on death!

The show open was shot at Astroworld’s ‘Fright Fest,’ which was a beloved local tradition at the now-demolished amusement park… still missed by so many Houstonians today. (And yes, it’s my hand that makes a cameo knocking on death’s door with the hearse parked at Astroworld.)

Fright Fest was an annual Halloween tradition at Houston’s beloved amusement park, Astroworld, which was demolished in 2006.

What follows is a show full of fascinating facts and intricate details dealing with death– just how I produced it. It was a ratings success– and so well received it ended up being an annual Halloween special. Later on, the tabloid show, ‘Ripley’s Believe It or Not’ hosted by Dean Cain, used the Museum of Death segment to shape its own show on the creepy Hollywood phenomenon and booked the same guests. And long before ‘The Wedding Crashers’ made funeral crashers a thing, it was ‘uncovered’ in a very different manner here.

Now for the first time in nearly two decades, I’m sharing the complete original program with the world. Even 18 years later, the show still holds up as a fun and fascinating journey into death!