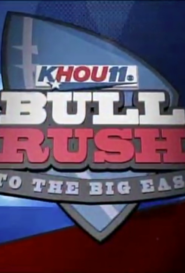 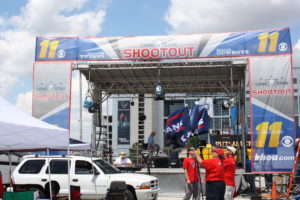 Crews prepare for a Live Hit outside our stage position at NRG Stadium for a Texans special.

Believe it or not, Sports is one of my greatest passions. I’ve covered so many big games and pivotal contests across the spectrum over the years– it’s really hard to tackle ’em all.

On the set at ESPN Studios in Bristol, CT. Getting to work with talent like the late great Stuart Scott, Trey Wingo, Linda Cohn, Steve Levy, and Rich Eisen was like visiting sports heaven back in the day.

From training camp to scrimmages to post-season playoff runs, I’ve been on the sidelines covering a lot of winning teams like the New England Patriots, Dallas Cowboys, Denver Broncos, Green Bay Packers, New York Jets, Atlanta Falcons, Kansas City Chiefs, Pittsburgh Steelers, and of course, the Houston Texans. I’ve worked with some of the all-time greats like Emmitt Smith, Joe Namath, and Marcus Allen– along with legendary broadcasters at ESPN as well. I’ve done player interviews from the locker room, and I’ve even covered coaches’ press conferences from some tough customers like Bill Parcells, Pete Carroll, and Mike Shanahan. Of course, we had no shortage of Houston athletes on the shows here over the years…like Hakeen Olajuwon, Clyde Drexler, Earl Campbell, Steve Francis, Juwan Howard, Sheryl Swoopes, Jose Cruz, Craig Biggio, Andre Johnson, Matt Schaub, Owen Daniels, Chester Pitts, Johnathan Joseph, and Kareem Jackson. I’ve gone one-on-one with Cowboys legends like Jimmy Johnson, too! From the NBA Finals to the MLB Midsummer Classic to NASCAR classics to the NFL Super Bowl, I’ve been fortunate enough to report right from the heart of the sports universe! 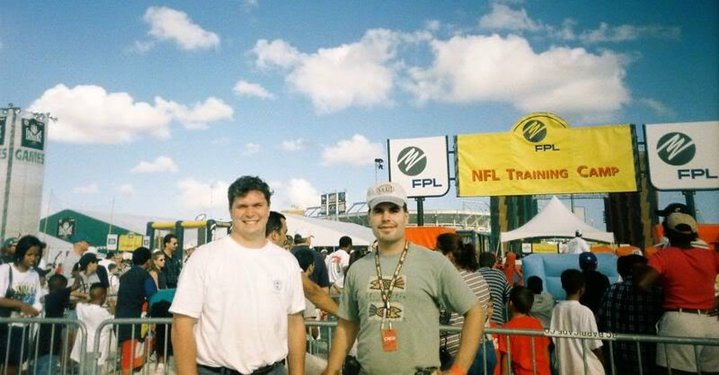 The NFL Experience….Enjoying some festivities before showtime for Super Bowl XXXIII in Miami. 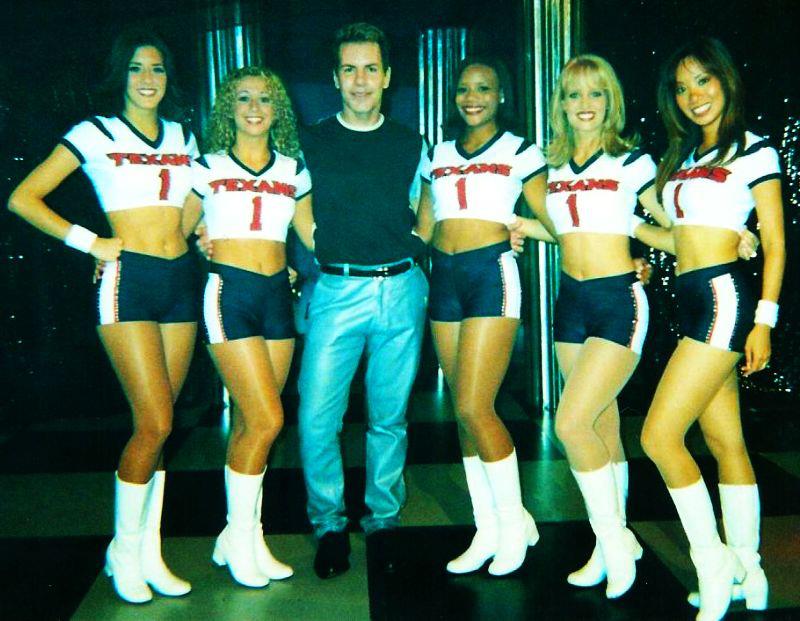 The original lineup of Texans cheerleaders strike a preseason pose with Mike.

So, when I came to KHOU, it’s not surprising my duties didn’t just end at being a supervising producer for the daily morning show. I was tapped to produce multiple prime time sports specials for the station, including pregame specials– ‘Countdown to Kickoff’– and post-season specials like ‘Bull Rush to the Big Easy,’ when the Houston Texans faced their perennial nemesis, the Pats. 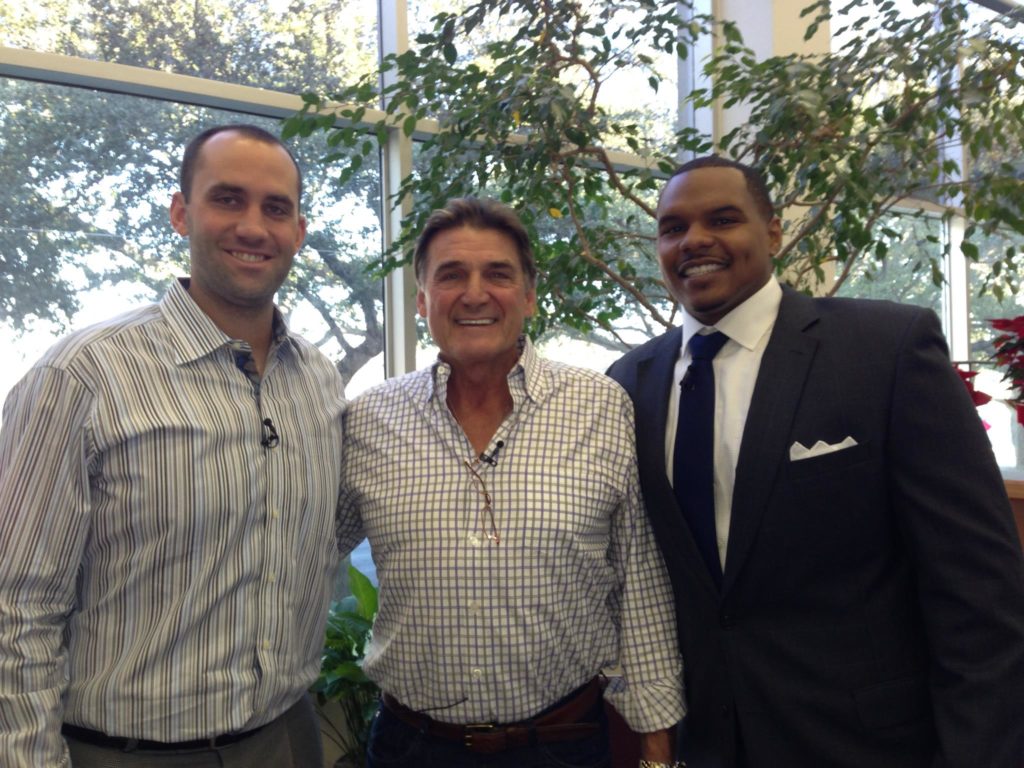 In this prime time live TV special, we previewed the upcoming match-up between the two division leading teams and offered expert analysis from both former NFL players from both teams as well as a couple of former Houston Oilers QBs– Dan Pastorini and Gifford Nielsen, and we added a live studio audience of Texans fans to boot! The multi-camera shoot also included talent positioned in both Boston and Houston– and with multiple guests and attractions. To add viewer interaction, we also ran a ticker with fan messages throughout the broadcast and also occasionally checked in with talent sharing fan posts on social media. There was a lot going on for sure, and this show was quite a challenge for the director who was accustomed to shooting a basic, static newscast. Still, we pulled it off with all the excitement of the moment.

Here’s a little peek at some excerpts from that show…