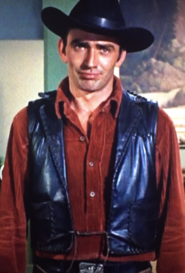 One of the Bayou City’s best-kept secrets is how many former stars and celebrities live here or at least keep a home here. Big time stars like Beyonce, Shaquille O’Neal, Lee Majors, Chuck Norris, Jaclyn Smith, and Hilary Duff all fit that bill…along with several stars of the bygone era of Hollywood as well.

I developed a regular segment for Great Day Houston called ‘Hometown Heroes’ where we could spotlight and conduct in-depth interviews with local legends, celebrities, philanthropists, sports stars, and even real everyday heroes. 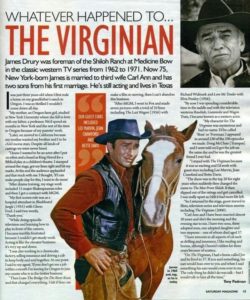 I came across one resident who was long overdue for some local love and appreciation: James Drury. He’s a TV icon from the 1960s who’s shared the small screen with some of Hollywood’s greatest stars from the Golden Era. And he’s also quite a Western star in his own right. Drury, who’s better known as ‘The Virginian’ or man with no name, has also been a bonafide Houstonian for over 40 years now and counting! In 2012, the local newspaper interviewed Mr. Drury to commemorate the 50th anniversary of  his TV series, ‘The Virginian.’ But other than that, he’s pretty much flown under the radar here in the Bayou City. 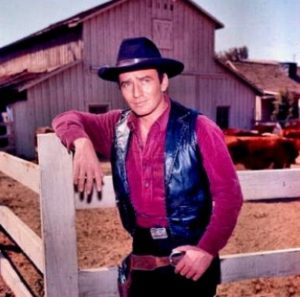 Veteran actor James Drury first starred as ‘The Virginian’ in a 1958 pilot for Screen Gems. But the landmark series didn’t become a weekly TV staple until 1962 for Universal Studios, where the show ran in production until 1971.

It was my honor to greet Mr. Drury at the TV station and produce this interview we did with him back in November 2014. Still going strong in his 80s, Mr. Drury has enjoyed a bit of a revival with the reruns of ‘The Virginian’ airing these days across cable and satellite TV. But I can tell you, he’s as sharp as any star I’ve ever met– and he’s loaded with fascinating stories. We talked about everything from Westerns and Sci Fi to Elvis and Alfred Hitchcock. I wish I could have spent hours with him. He’s truly a great star, and like the Virginian himself– he deserves a lot more accolades than what has been extended to this living legend!