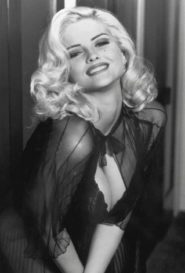 In the history of Houston, there are few characters who standout quite like the former Playboy Playmate, exotic dancer, and accused gold-digger– Anna Nicole Smith. Anna was larger than life, sometimes literally– but always figuratively. Personally, I’ve never encountered a person who was more needy and dependent in my life. Yes, I had a few personal encounters with Anna directly back in LA. (I won’t bore you with all the details here…but later on, you can read about a few tidbits I share while discussing my E! years.) Because of my proximity to some of Anna’s dealings at E! Networks, a former AP I trained when I was at ABC who now is a producer for ‘Dr. Phil’ contacted me after Anna’s untimely death to dig up some dirt. She knew I had some inside details, so I shared a few things with her for a special Dr. Phil show on it all back in 2007. Six months after the hearing in Florida to secure Anna’s remains, I also ran into Virgie Arthur’s (Anna’s mom) Houston attorney– John O’Quinn– who was memorably called ‘Tex’ by the presiding judge during the nationally broadcast fiasco. Mr. O’Quinn and I shared a long discussion all about Anna as I filled him in on my front row seat to Howard K. Stern’s antics back at E! (Tragically, O’Quinn himself died in a freak car accident right outside the KHOU studios on Halloween just a couple years later.) So, if there’s a film noir sort of theme surrounding Anna, it’s this: watch out! This dame just might be cursed! 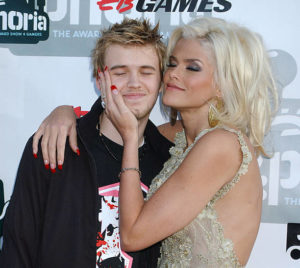 Anna and son Daniel during happier times. At her Cypress home, Anna lived with her son during some of his early years.

In that spirit, when a former estate where the late Anna Nicole Smith lived with her son Daniel back in the day went up for sale, NewsFix had me hop into action. Soon after the party pad in Cypress hit the market, we just had to crash the party and see what all the buzz was about.

This little party palace did not disappoint, either! There’s a little bit of something for just about everyone at this Cypress home. And that’s pretty much just the way Anna liked it.

Check it out….step in and see! But only if you dare….and don’t believe in curses.