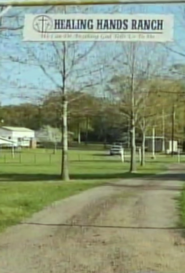 When you’re driving around your town or city, how often do you encounter a homeless person?

Chances are….if you’re in a large metropolitan area, you see the homeless daily– and often. Unfortunately, homelessness has continued to be a chronic problem across America and a real scar on today’s society.

For some of us, the answer to the homeless issue is to just let someone else take care of it. Turn aside. Look away. Pretend that person pan-handling isn’t there.

Or, some folks may assume handing out a dollar or two at a traffic light will suffice as a good deed for the day– and help make that problem go away. 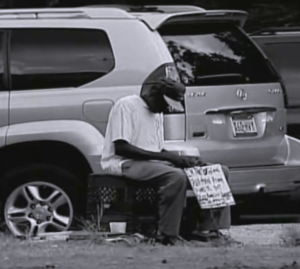 While there are no ‘flash-in-the-pan’ solutions to the pan-handling crisis, there are some independent groups that are thinking outside-the-box and developing new approaches to give more than just a helping hand to our fellow men and women stuck on the streets.

In this Emmy-nominated story from ‘Great Day Houston’ in 2013, we explore a ranch near Willis, Texas where some say miracles have occurred. That’s because it’s a home where the homeless are given a second chance at life– with a new vocation and a new lease on life. It’s a faith-based program created by a couple– Jack & Jan Hay– who wanted to make a difference. What they created was a very different kind of homeless shelter. 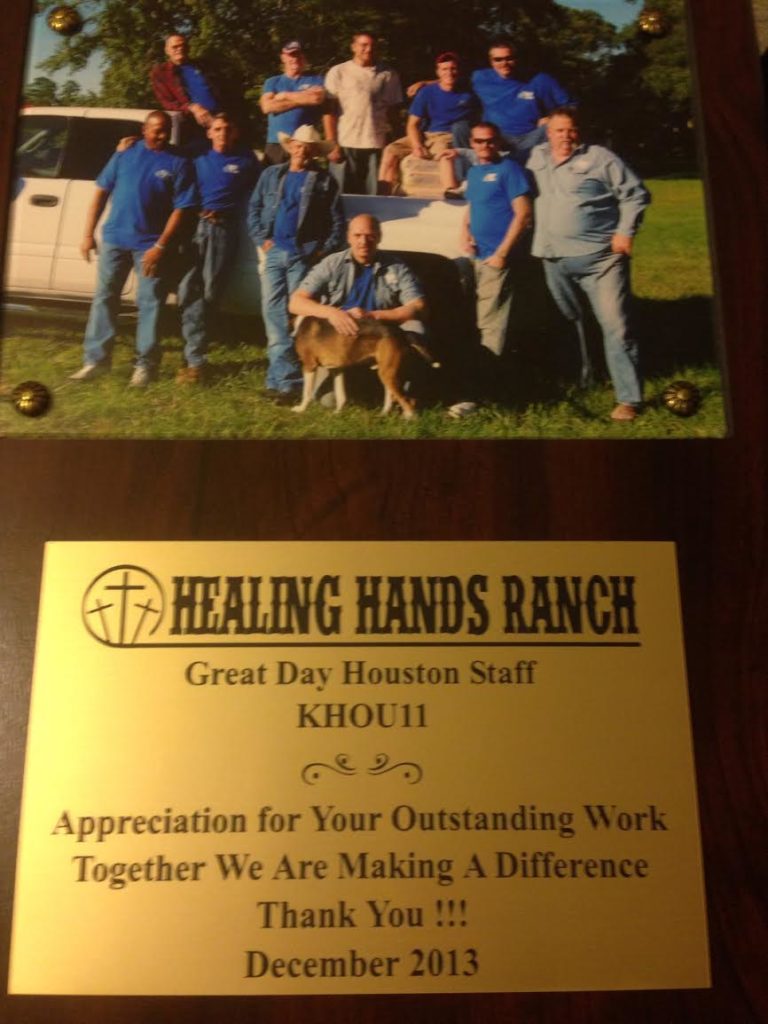 The Healing Hands Ranch was so grateful for this report we did, they sent us a thank you plaque. What they did for the community was simply make a difference.

The mantra of the Healing Hands Ranch is built upon three pillars of hope: “Mercy. Strength. Wisdom.” Those are the operating principles which fuel the fundamental changes taking place at this unique shelter. And while the homeless epidemic is quite far from being solved, anyone who has seen this shelter in action cannot deny the difference they are making.

Homeless no more……one of the big success stories at the ranch is Jeff Sanderford, who graduated from the program and now lives near Splendora, TX– where he works in a Christian ministry helping others. 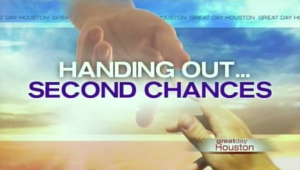 The Healing Hands Ranch offers an alternative approach to solving the homeless issue– and thanks to this report some local homeless organizations looked at different ways to offer better support to the homeless population. There are no easy answers or quick fixes when it comes to such a complex issue, but at least for some souls in this report…perhaps a second chance has led to a real miracle in their lives. Talk about a transformation! Some of these men have done a complete ‘180’ in their lives– and that probably would not have a occurred from just a simple hand out.

A new Hope……Just because one is sleeping on the streets– helpless and homeless…..doesn’t mean they have to be hopeless.

So, here now is a look at real people helping to solve a real problem….one homeless resident at a time– and with one helping hand at a time.