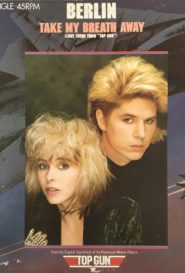 Long before ‘Hot Tub Time Machine,’ there was a real fever for the 80s. Pop culture definitely started trying to go ‘back to the future’ once the 90s were over– and since the 1980s remain my favorite decade, I was eager to find my way back to the days of MTV, too. So, I came up with a special show called ‘Back to the 80s,’ which featured live performances throughout the hour by one of the 80s biggest bands back in the day: Berlin!

The result was a fun, hip show full of flashbacks overflowing with lots of entertainment. In fact, I had such a good time putting that show together it helped inspire me to later form my 80s cover band, The Lost Boys– especially after I witnessed the studio audience singing along throughout and getting up to dance. My band later ended up doing just about all the 80s music featured here! 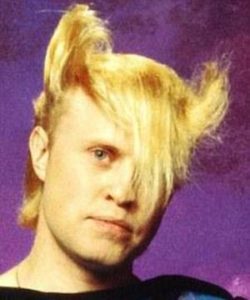 Mike Score from A Flock of Seagulls was an early choice for this show.

Being a musician myself and an 80s aficionado, I naturally was curious about Berlin’s experiences through the ME Decade. I spent a long time with Berlin’s singer Terri Nunn in the green room talking about her early days and hits. She shared how they were one of the very first bands to bring synthesizers to the forefront of pop music. Their very first hit, “Sex (I’m a….)” became a cult favorite and was a clear example of their innovations in electronica. After all, at the time the only other mainstream bands using synths that way were The Cars and Blondie– but those bands were on the east coast. Berlin was doing it out west in LA. The rest, as they say, is history….since the sound of the 80s was never the same again!

But Berlin wasn’t our first choice for this show. We almost ended up having some other 80s powerhouse groups instead. We talked to The Outfield about coming on, (but Josie was on a vacation far away) — and a conflict developed. Then, we also talked with 80s icon Howard Jones and his band, which we were going to fly in from London. They were on board for us to do it as long as they could have a stopover in New York. But alas, that part didn’t work out. (Oh well, no one is to blame.) Then, 80s teen idol Debbie Gibson (by then known as Deborah Gibson) agreed to do the show….being flown in from New York where she was currently on Broadway for Disney. (Our Disney connections almost helped seal the deal.) But it was only in our dreams….since her demands to have her mom and a bunch of friends come along proved to be too big of a sticking point. 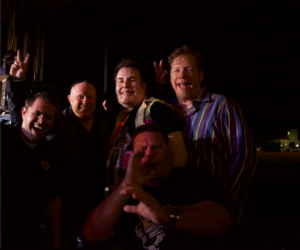 Then, I almost had A Flock of Seagulls come in….since singer Mike Score called me back from Florida– really wanting to make it happen. But as in all the other cases, some technicality got in the way, and they flew the coop. How ironic that 14 years later my cover band would share the stage with Mike and open/close a show for the Flock.

As it turned out, Berlin was the perfect act to take us all Back to the 80s! And this was the last show we did with the ‘Fashion Guy’ as a co-host: Lawrence Zarian. Larry went on to do full makeover packages across the country for ‘Live with Regis & Kelly’ after the work I had done with him around Houston. Years later, from there he became a main correspondent for ‘Entertainment Tonight.’ 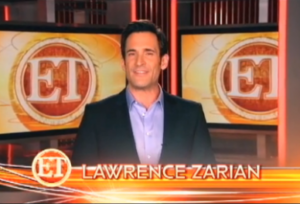 Lawrence Zarian on ET….years after his work with us on the ‘Debra Duncan Show.’

So, grab your leg warmers and parachute pants….put on your sunglasses at night– and come Back to the 80s!